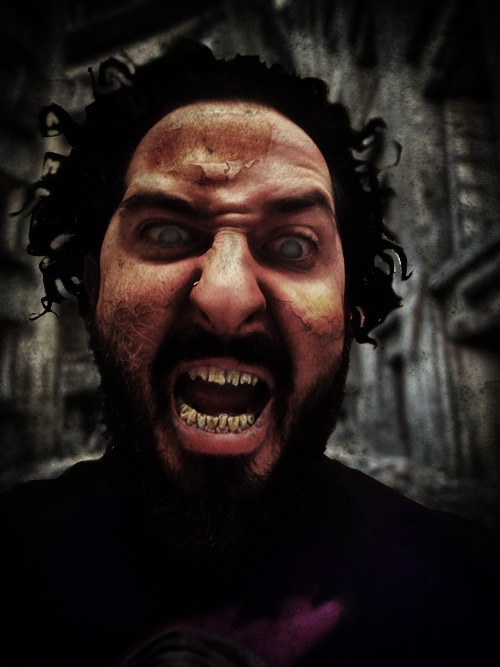 Frank’s love for horror movies wasn’t always so strong. At a young age, he was actually terrified of Chucky and had nightmares quite often. It wasn’t until around 14 years old that he decided to go to the local rental store with his sister to start the Friday the 13th series from the beginning.

Ever since that day, he hasn’t been able to get enough horror in his life — listening to horror-themed music, collecting horror comics and action figures, and watching as many horror films as he can; his favorite being of the slasher or creature-feature variety. 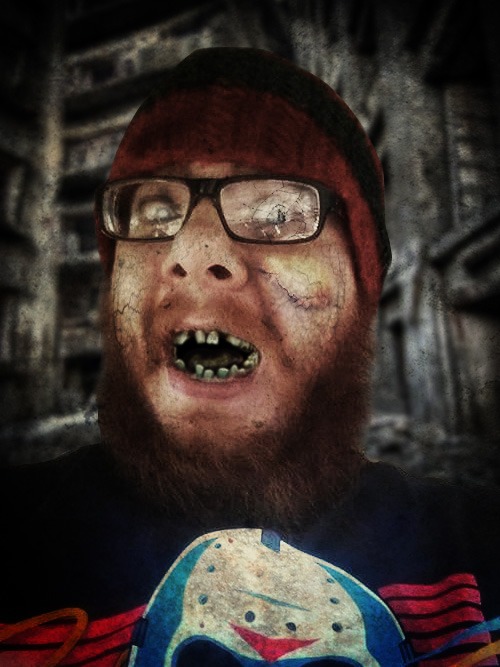 EvildeadInks is a product of the 80’s and loves the horror of the 80’s slasher icons. Fandom was started by being terrorized by an older sibling who got a Freddy Kruegar poster for Christmas and loved to scare him with it. He learned to embrace that fear and now it’s all pure nostalgia.

Nothing better than 80’s classics. So A Nightmare on Elm Street is his top fave, but he has love for the other heavy hitters, including Halloween and TCM, among many others.

He’s been a gamer ever since the days of the NES, today being a strictly ‘Xbox guy.’ He found his true horror family when he started attending a local horror convention in 2012, with his now wife, and even got married at the con, in 2013 (Ernie Hudson and Margot Kidder were in the wedding party, how rad is that!?) This is where EvildeadInks became fast friends with Roger DeMarco, fellow reviewer, and life hasn’t been the same since. 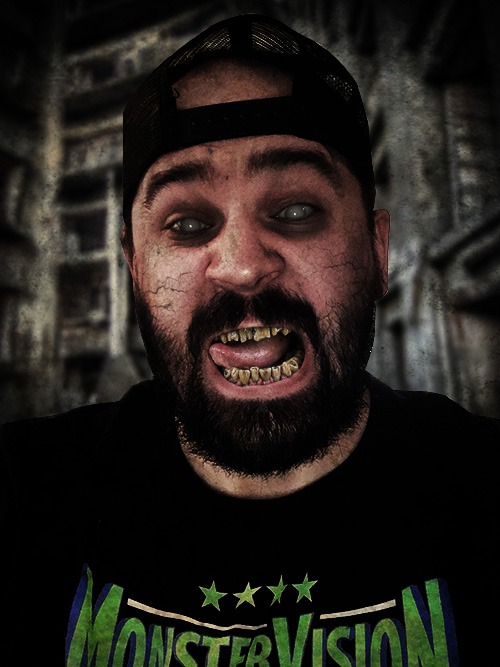 Rottin’ Roger started in on the horror genre a tad earlier than most of the kids he grew up with. He was taught very early on that Jason, Freddy, Chucky, and Michael were just as important as the Easter Bunny or Santa Claus. Some might think that’s a bit extreme, but Roger’s parents could see that films like this didn’t scare him and encouraged him to be himself.

When he was six years old, his mother took him to meet Robert Englund at a car show of all places. He stood patiently in line for nearly 3 hours to shake hands with one of the world’s most notorious and vile child murderers. When it finally came time to meet him, Roger was met by a normal middle age man with a bright smile who couldn’t be any further from scary.

This single event may have shaped Roger into the person he is today — a horror fanatic who believes that being a fan of Romero, Carpenter, Craven, Bava, and Hitchcock is just as important as being a fan of Shakespeare, Hemingway, Joyce, or Faulkner.